Top 10 Places to Visit on the West Coast

West Coast or East Coast ? If not both (which would be the best option), why not choose the coast that suits you the most? Knowing how hard it is to choose between completely opposite locations both offering endless beauty, we’ve compiled for you a Top 10 Places to Visit on the West Coast. Of course, we could have made the list longer, and the description of the locations more exhaustive, but why not keep an element of surprise? 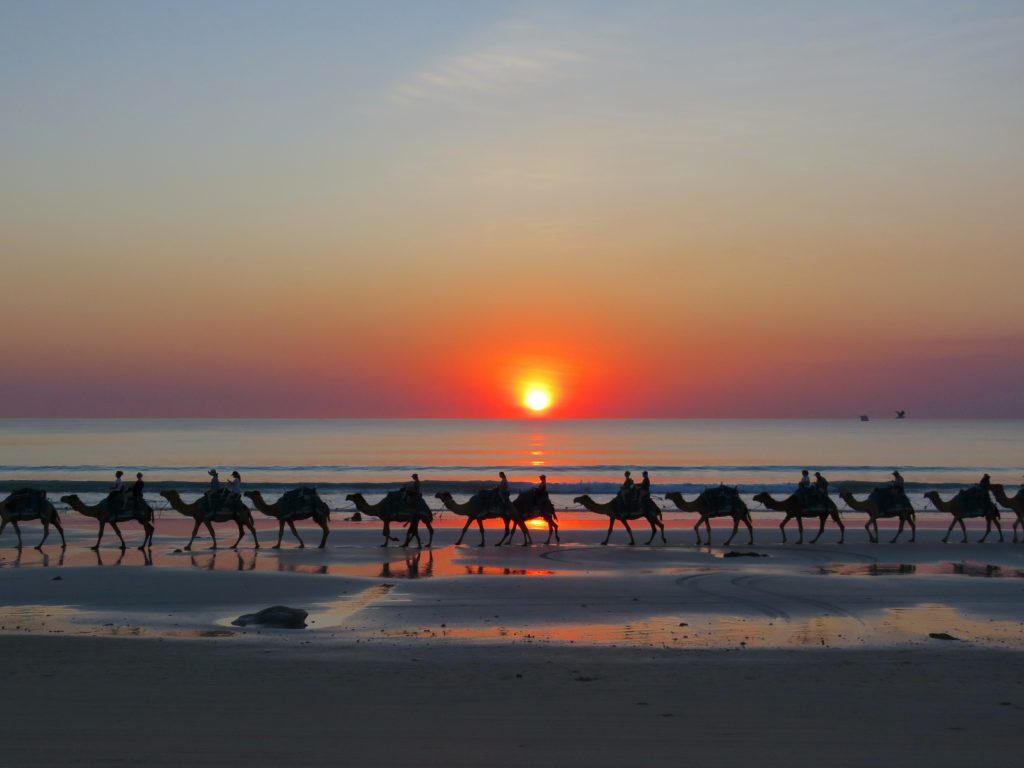 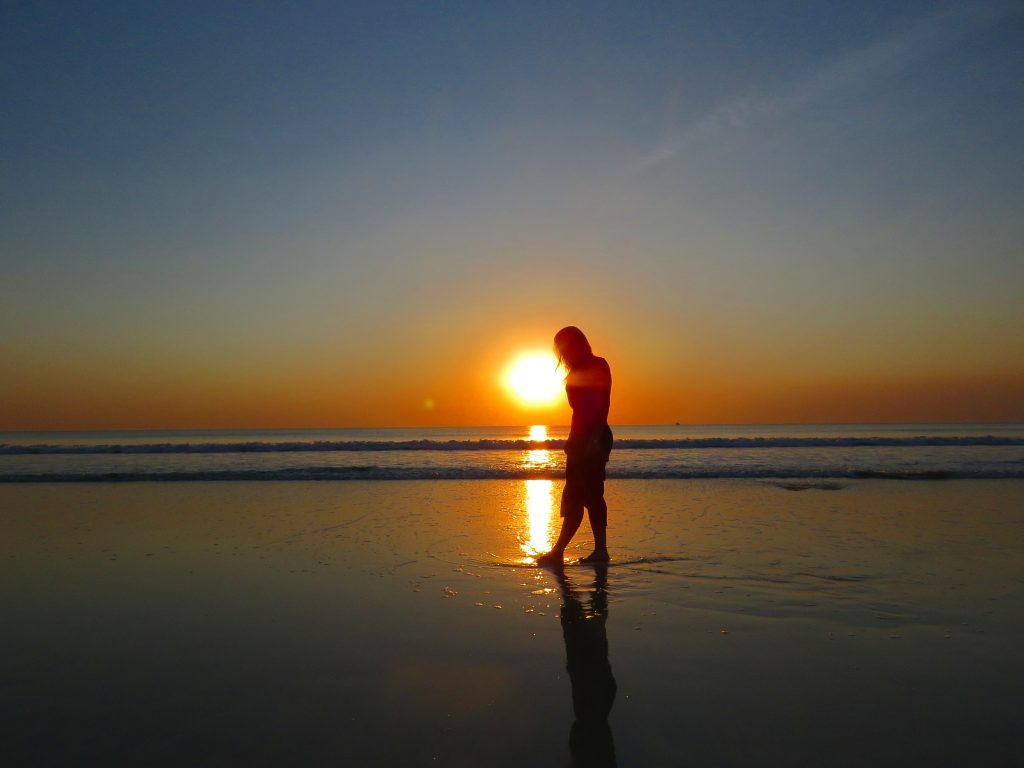 Cable Beach gets its name from a telegraph cable laid between Java and Broome in 1889, connecting Australia’s North West with the rest of the world. If you want to spend a few days relaxing far away from big cities while staying close to main facilities, Broome will become your perfect holiday destination. 22km of white sand, turquoise water, red ochre cliffs, sunset view on the Indian ocean… Forget everything else but your drink and enjoy the moment! Sunset over Cable Beach is often considered as one of the most spectacular in Australia. You can choose to make this experience even more special by joining the popular activity of riding a camel along the beach or decide to drive your 4WD on the sand for a picnic.

Make sure to check out the Southern part of Cable Beach up to Gantheaume Point where at low tide, you can see 130-million-year-old dinosaur footprints. The Lighthouse is also a wonderful place to watch migrating whales in season. 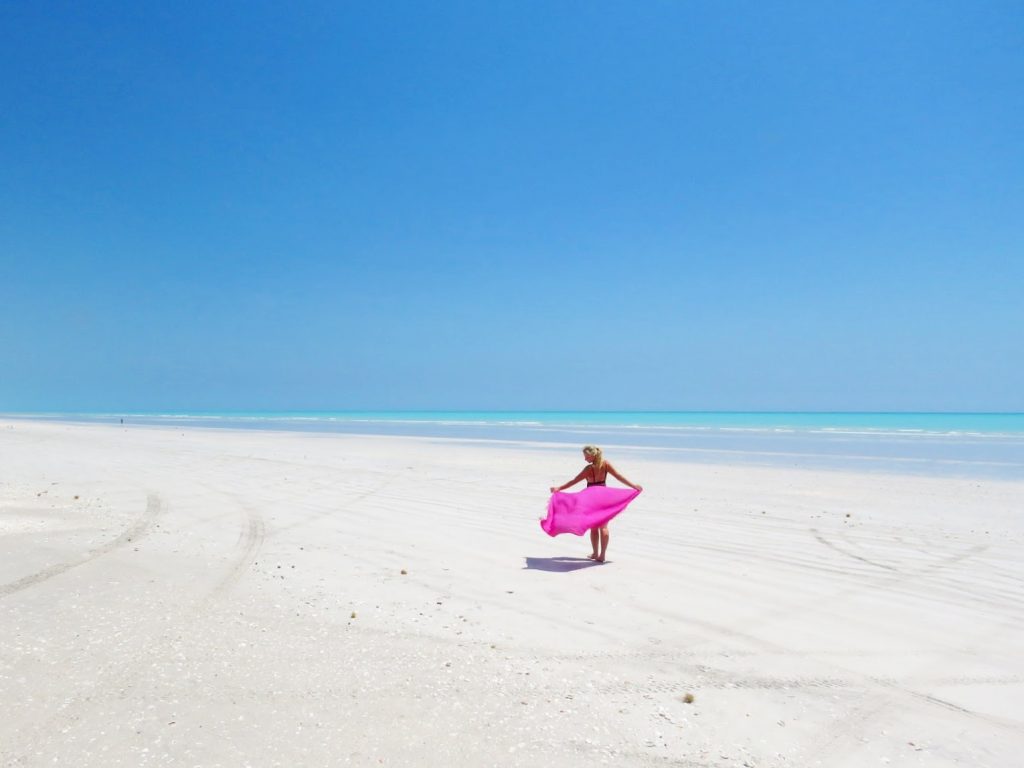 There’s endless possibilities to entertain yourself while enjoying the magnificent view: swim in the turquoise warm waters, enjoy a walk while watching the sunset or drive with you 4WD. I know what it sounds like… “another beach”. It was actually my initial thought until I found out it was also a marine park. Indeed, Eighty Mile beach is is one of the world’s most important feeding grounds for small wading birds migrating each summer, travelling from countries thousands of kilometres away. It’s also a great place for flatback turtles’ nesting, sawfish, dugong, dolphins, coral reefs and mangroves.

You won’t be able to find any facilities along the beach, except at the Eight Mile Beach Caravan Park, Cape Keraudren’s campsites and Pardoo Station Caravan Park. 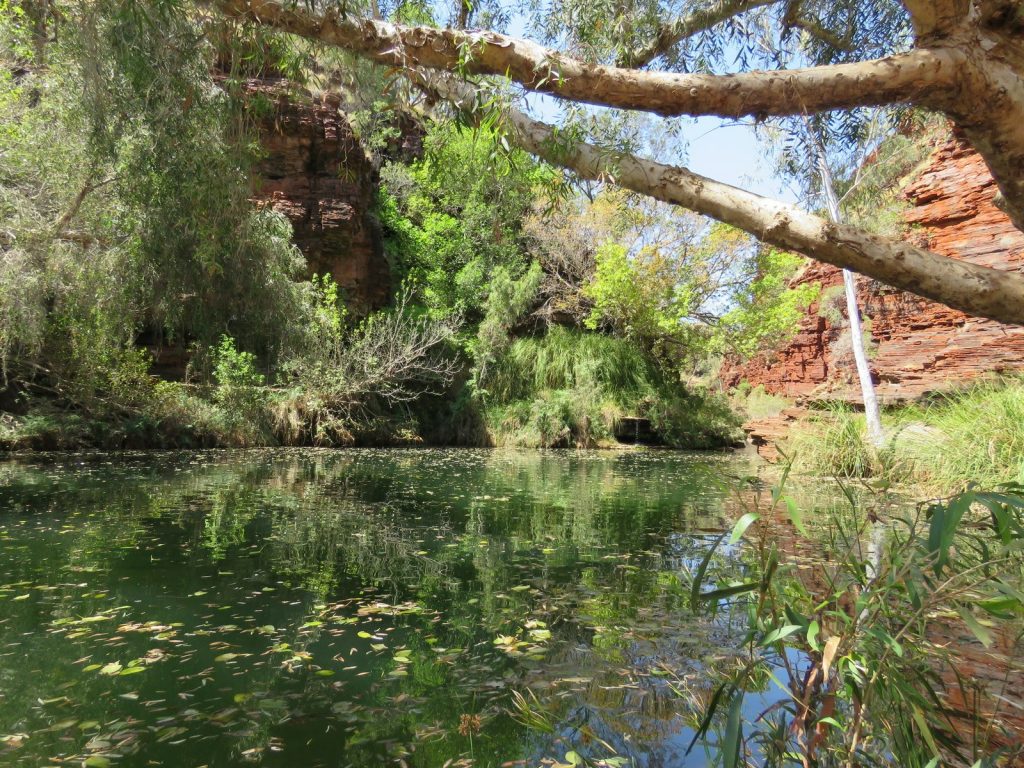 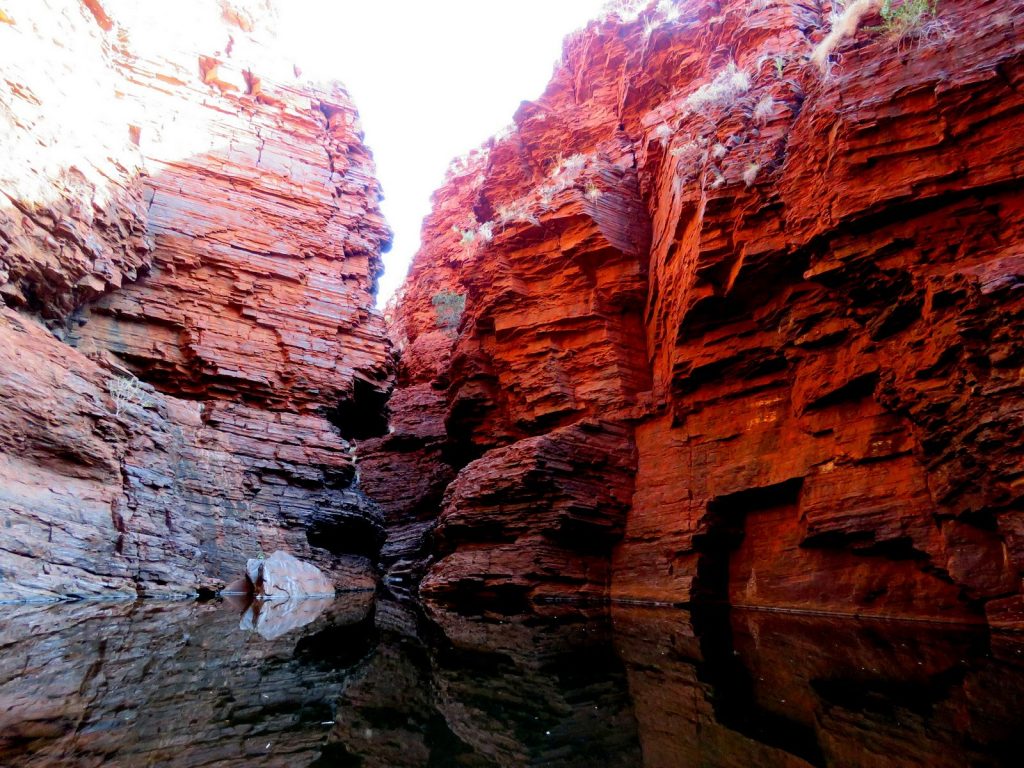 Many people rate Karijini National Park as their favourite Australian destination: slot canyons, deep gorges and waterfalls abound in this outback oasis… It offers a various amount of activities from great walks to swimming and canyoning! 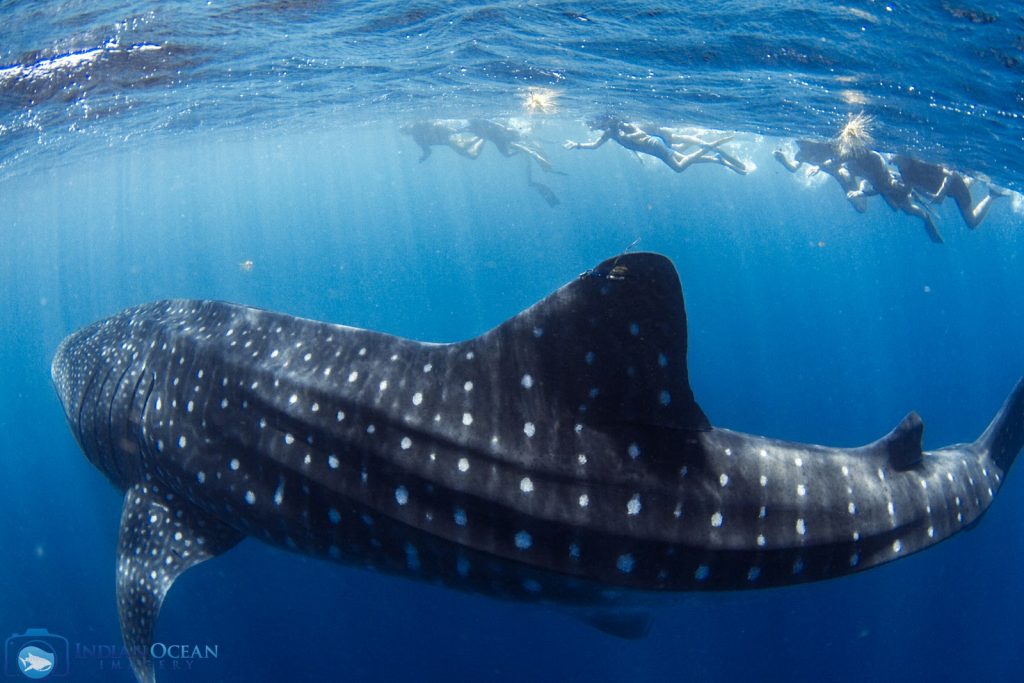 Exmouth is a small town located on Western’s Australia North West Cape. And it’s the perfect place to experience the Ningaloo Reef: boat cruises, snorkelling, diving, swimming… You’ve probably heard of Exmouth before as being the place where to swim with whale sharks. Want to find out what is the best time of the year to swim with the largest fish in the world? Are you still hesitant and unsure? We would like to help you make your decision, here’s more information at Should I Swim with Whale Sharks? 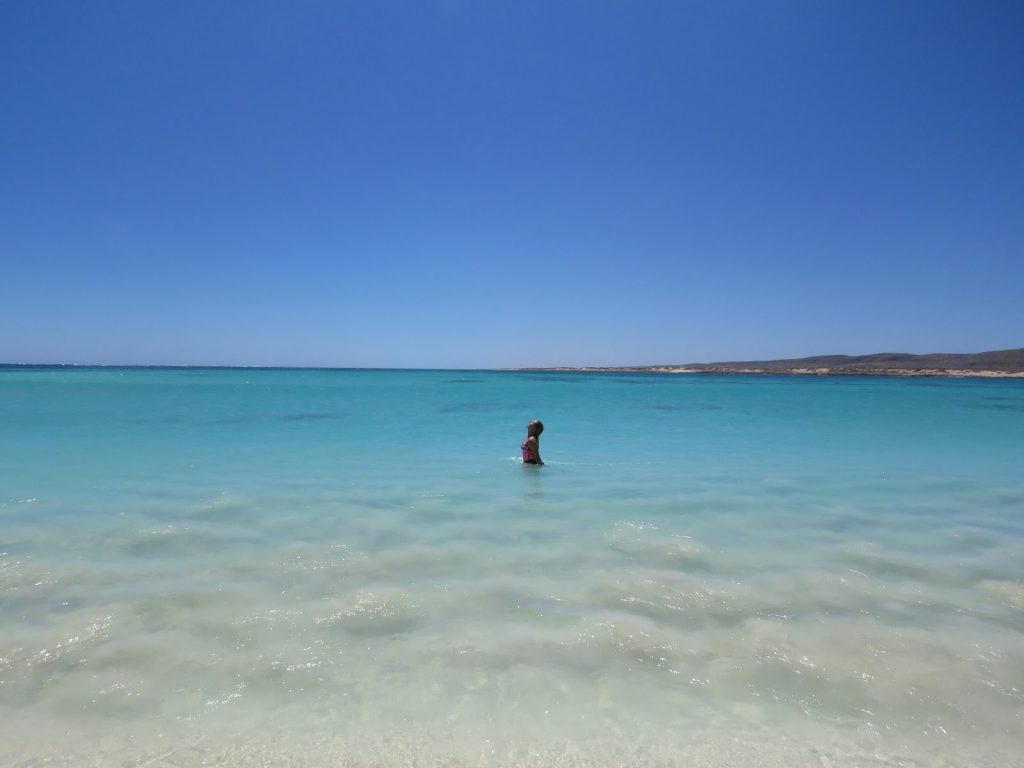 Dive into the pristine waters of Turquoise Bay about 60 km south of Exmouth (two and a half hours flight from Perth). Turquoise Bay is located in the Cape Range National Park along the Ningaloo Reef in Western Australia. You probably heard it a hundred times before “It’s better than the East Coast”, well we couldn’t say it is better, but it certainly is special and different! We wrote more about Turquoise Bay, the Ningaloo Reef and what you can do, make sure to check it out: This Is Turquoise Bay. 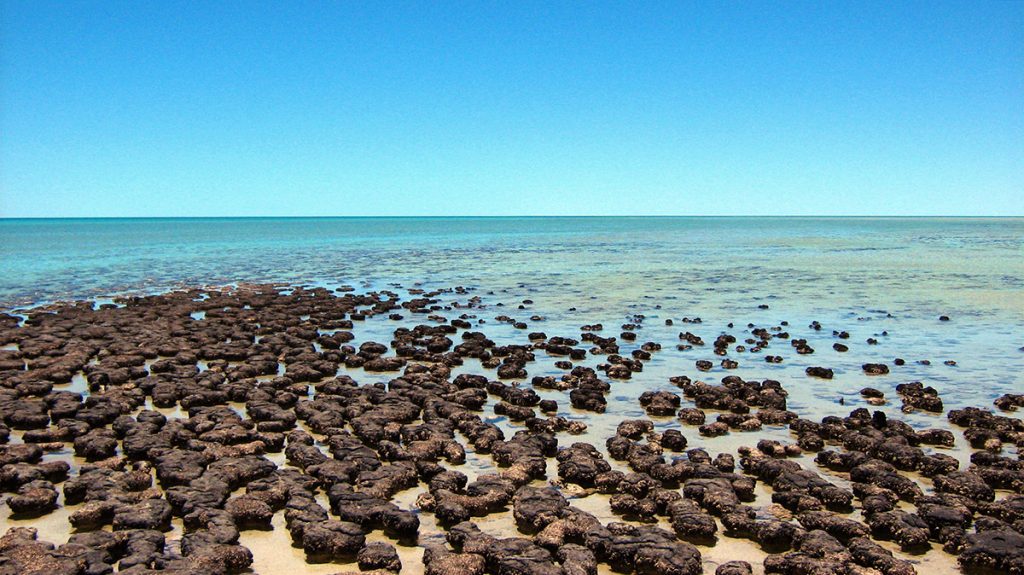 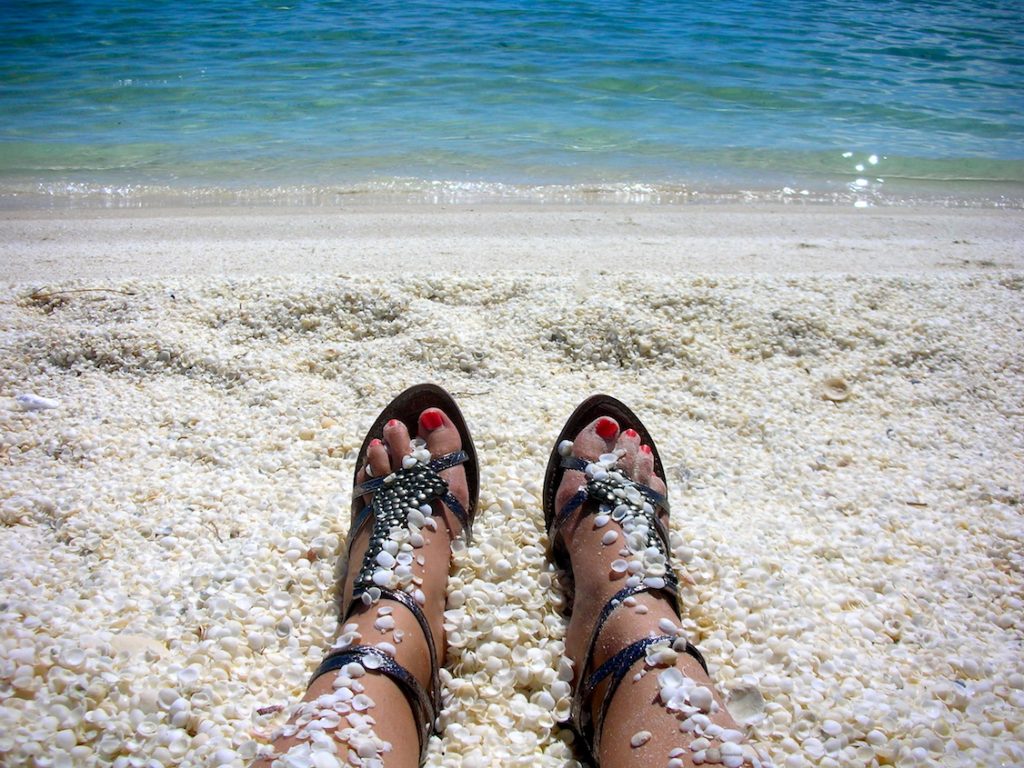 Shell Beach is also located in the Shark Bay region, south-east of Denham. As you may expect, the beach is composed of billions of shells: “the Shark Bay cockle (Fragum erugatum)—is a burrowing mollusc enclosed in tiny bivalve shells a few millimetres long (less than 14 millimetres long in Shark Bay).  It is found only in WA and burrows into the sea floor in relatively shallow (between depths of 1.2 and 6.5 metres) areas of Shark Bay” (source).

Yes, Monkey Mia is a popular tourist destination, it’s located about 900 km north of Perth. For more than 50 years, dolphins have been visiting the shore. If you haven’t had a closer look at dolphins before, you won’t be disappointed! A small pod of dolphins visit the shore up to three times a day. Interaction is always closely supervised and visitors are urged not to touch the dolphins. 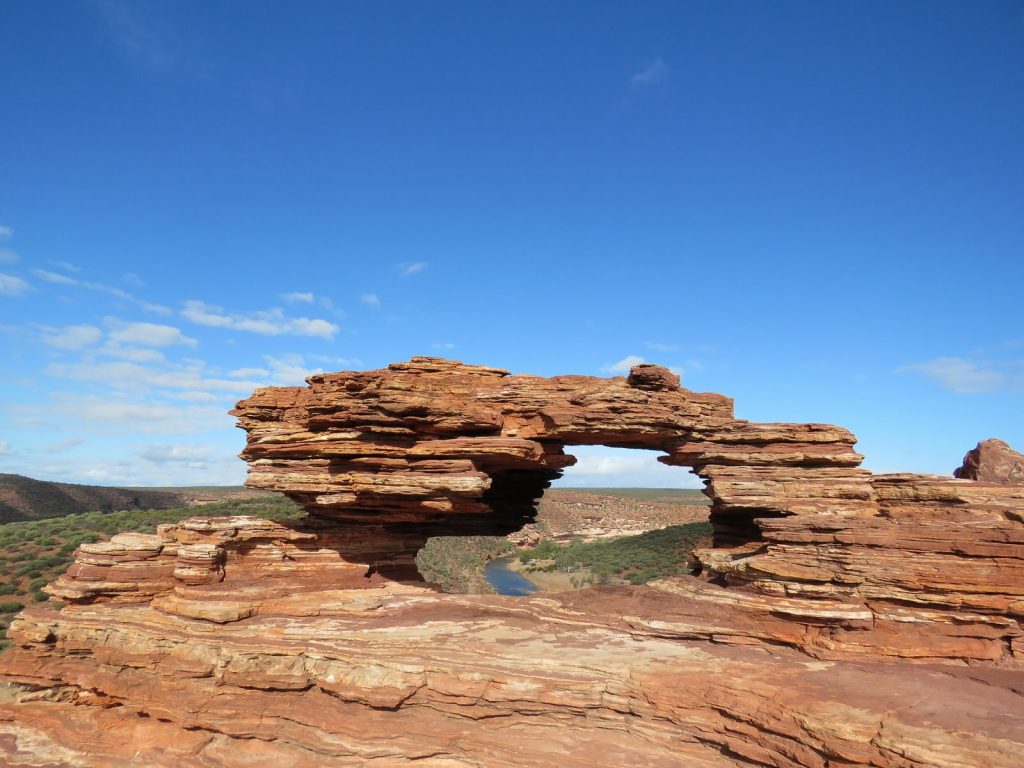 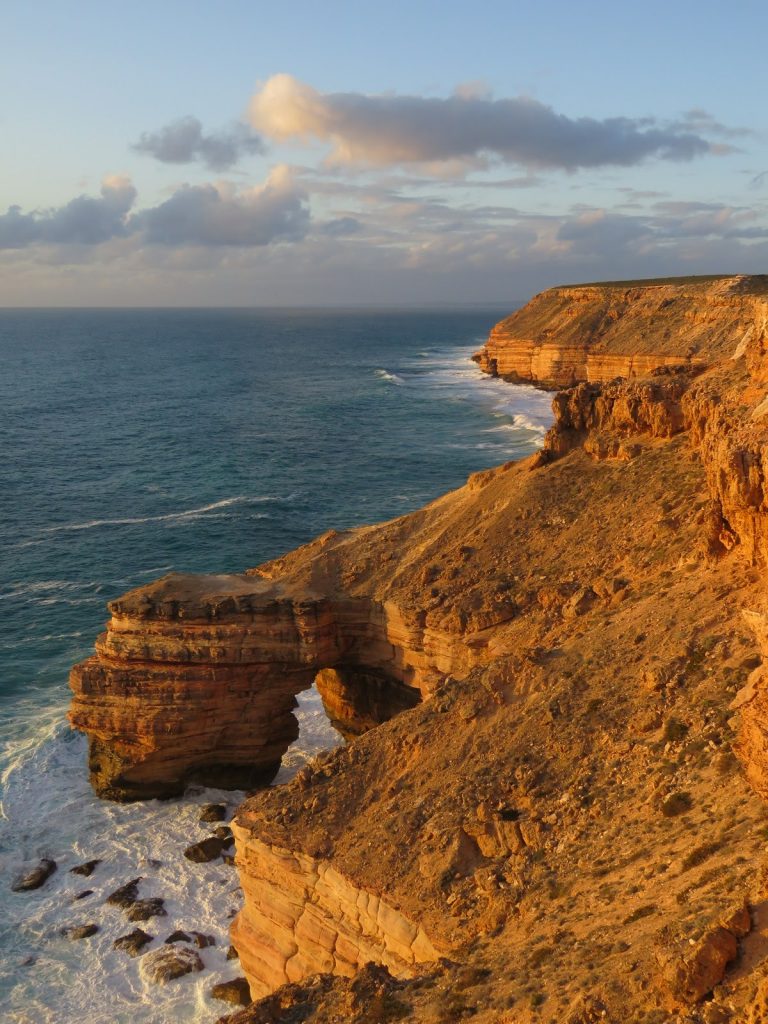 Kalbarri National Park is located 485 km north of Perth. The eastern edge of the park offers some spectacular views on the Murchison Rive creating a stunning 80 kilometres gorge through red and white banded sandstone to create formations such as Nature’s Window or Z-Bend. Beautiful walks are available and will take your breathe away especially during spring and summer with the variety of wildflowers.

Along the coast, the wind and the waves have created something that could almost look like the famous Great Ocean Road. Make sure to check out Red Bluff, Mushroom Rock, Rainbow Valley, Eagle Gorge, Island Rock and last but not least, the Natural Bridge.

The Pinnacles Desert is located in the beautiful Nambung National Park. It is probably one of the most intriguing place in Australia. Where else can you see thousands of gigantic limestone pillars rising from a desert landscape of yellow sand? Some of the pinnacles can reach up to five metres height! According to the scientists, they were formed about 25,000 to 30,000 years ago, after the sea receded and left deposits of sea shells. Once again nature did a spectacular job as the wind removed the surrounding sand, leaving the pillars completely exposed.

After reading this non-exhaustive article, we hope to have inspired you to create new dreams, maybe travelling the west coast will be one of them! 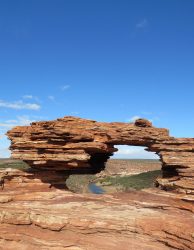 Why I Chose West Adventure Tours 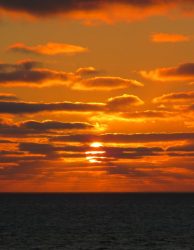 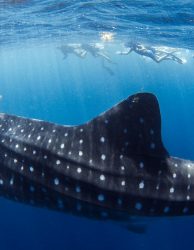 Should I Swim with Whale Sharks? 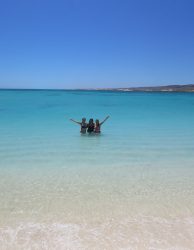 This Is Turquoise Bay